The Most Extreme Solution to Climate Change 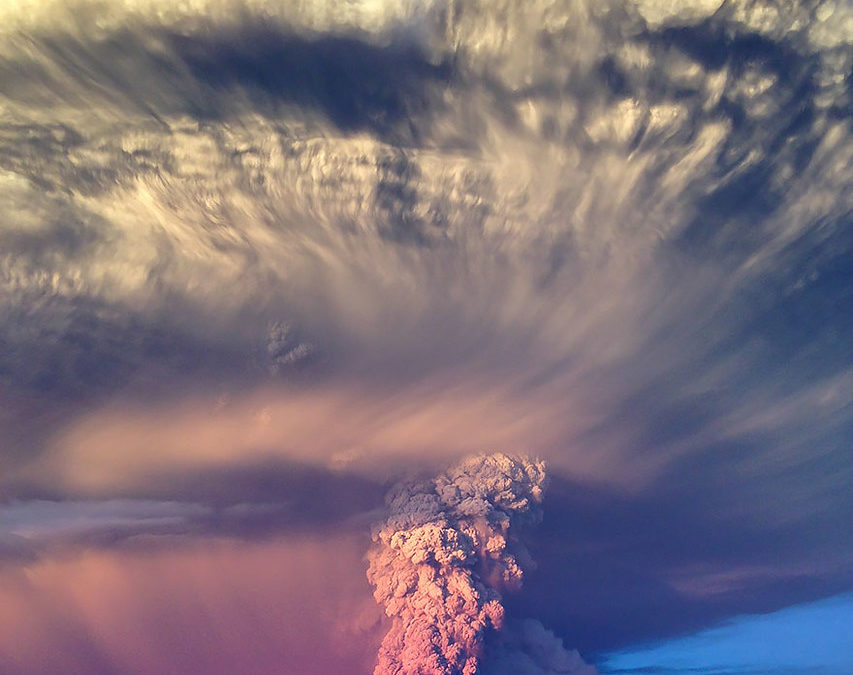 When Mount Pinatubo erupted in June 1991, it sent a jet of gas 12 miles up into the atmosphere.

Nearly 5 cubic kilometres of magma followed: creating a cloud of ash that slowly descended on the Philippines in the weeks and months that followed.

It was the second biggest volcanic eruption of the last century.

A typhoon was whipped up in its wake: sending 80 mile winds along the shoreline. And heavy rains drenched Manila, raising fears of destructive rivers of boulders, earth and cash for 25 miles around.

Many were evacuated and the environmental impact was felt far and wide. In fact, in the wake of the eruption, temperatures across the northern hemisphere fell by as much as 0.5ºC for nearly two years.

What Volcanic Eruptions are Teaching Us

That was a huge drop in temperature.

And it seems happen after major eruptions like this.

During the four-month eruption of Indonesia’s Mount Tambora in April 1815 for example, volcanic ash shaded sunlight and the earth’s average temperature temporarily dropped by 3 degrees Celsius.

In fact, climate scientists have been studying these events closely.

They have been toying with a dangerous idea…

What if we could find a way to cool the earth’s temperature by mimicking the effects of a volcanic eruption?

Well the idea is that by pumping reflective particles into the upper atmosphere, we can reflect incoming light and in the process we can reduce the overall greenhouse effect in the atmosphere.

An analysis published in 2018 by Wake Smith, at Yale University, and Gernot Wagner, at New York University, maps out how to do it.

“This first-generation sunshade would probably be made from dispersed sulphur dioxide (SO2), which is one of the chemicals produced during volcanic eruptions.

Dr Wagner suggests that the most efficient way to deliver it would be for geoengineering aircraft to be loaded with solid sulphur, which they would burn at altitude in their engines to produce SO2.

The planes need to fly at altitudes of 20km or higher. In the first year, eight aircraft could carry out 4,000 five-hour flights (four spent in ascent and descent and one in the stratosphere).”

Wagner calculates that the fleet could scatter 200,000 tonnes of SO2 in the stratosphere in the first year, causing an unremarkable 0.02°C of cooling.

At these levels, there should be a real impact on the rate of warming.

“Geoengineering is the bogeyman of climate policy,” says Holly Buck, in her recently published After Geoengineering: Climate Tragedy, Repair, and Restoration.

But recently this dangerous idea has been moving into the mainstream.

The conversation surrounding geoengineering can be divided into two broad categories: carbon capture and storage (CCS), which sucks carbon out of the air and stores it as liquid or rock.

I’ll talk about that side of things next week: and how you can profit.

Presidential candidate Andrew Yang has made carbon capture a central component of his climate plan recently.

And there is huge backing for this approach from Bill Gates and the oil industry, especially in Norway.

The second approach is solar radiation management (SRM), in which reflective particles known as aerosols are injected into the sky to reflect sunlight.

Only two known experiments that could be seen as related to solar geoengineering have been carried so far..

Researchers at the University of California, San Diego, sprayed smoke and salt particles off the coast of California in 2011.

And scientists in Russia dispersed aerosols from a helicopter and car in 2009.

But there is a huge amount of research being undertaking in this field, with a wide variety of methods.

Armand Neukermans, who was part of the team that developed ink jet printers for Hewlett Packard, is working on a nozzle that can produce a fine enough spray to make the tiny particles needed to make clouds brighter and more reflective.

Then there is “iron fertilisation”, an idea presented by oceanographer John Martin  nearly 30 years ago.

It requires dumping a layer of iron along on a broad swath of the ocean surface.

In theory, if done on a massive scale, iron fertilisation would remove a large portion of anthropogenic carbon dioxide from the atmosphere.

And then there’s the space mirror.

This was an idea that Lowell Wood of Lawrence Livermore National Laboratory proposed in the early 2000s: a single, 600,000 square mile wire-mesh structure to shade the sun. 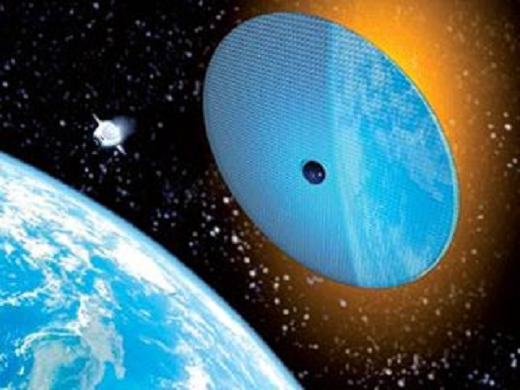 Another option: billions of smaller mirrors. Roger Angel, researcher and optics expert at the University of Arizona, proposed that idea in 2006.

In either case, the mirror or mirrors would orbit at Lagrange point L1, a gravitationally stable point between the Earth and the sun that’s about four times the distance from the Earth to the moon.

The mirrors would barely be visible from Earth and would block just 1% to 2% of the sun’s light, but that would be enough to cool the planet, according to Wood.

Still, it has to be said…we don’t know an awful lot about the potential side effects of directly cutting off sunlight.

A recent modelling study in the journal Nature showed that stratospheric aerosol injections in the Northern hemisphere would slightly cool the region and could even decrease North Atlantic hurricanes.

But it would also cause devastating droughts in sub-Saharan Africa.

If we do the opposite: releasing these particles in the atmosphere above the Southern hemisphere would increase rainfall in sub-Saharan Africa but increase the number of tropical cyclones hitting the eastern United States.

In both cases, this would occur because the regional jet stream would get stronger and shift towards its respective pole.

There is also the danger of “termination shock”.

If a geoengineering project is launched, and it successfully cools the planet, then any failure of the sunshade could cause a sudden increase in temperatures in just a few years.

This could alter weather patterns, shift polar ice coverage, and change the patterns of ocean circulation.

We don’t know how bad that could get.

According to a Futurism briefing on geoengineering by Claudia Geib…

“Marine scientists have emphasized that, while large phytoplankton blooms do take up carbon dioxide while they’re alive, when they die, their tiny decomposing bodies attract bacteria.

Dying phytoplankton gathered en masse can cause the digesting bacteria to use up all of the oxygen in the surrounding waters, creating a “dead zone” that can kill or sicken anything that swims into it. 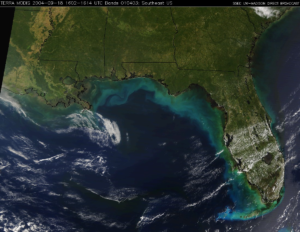 These enormous lifeless patches increasingly trouble the Gulf of Mexico, where nitrates from fertilizers running down the Mississippi River have induced blooms that cover as much as 8,700 squar e miles.”

An Experiment that is Working

Still, when it comes to climate change, I think we should be very open minded about potential solutions.

And there is one option that is showing promise.

Carbon Capture is getting backing from governments, Bill Gates and especially the oil industry.

There are terrible risks.

And you have to be suspicious of a solution that is so enthusiastically endorsed by energy giants.

But the experiments so far have been encouraging.

I’ll go into that story, and how you can profit in the next issue of Monkey Darts, next Tuesday.