Why the Fed’s money pumping will lead to “economic disaster” 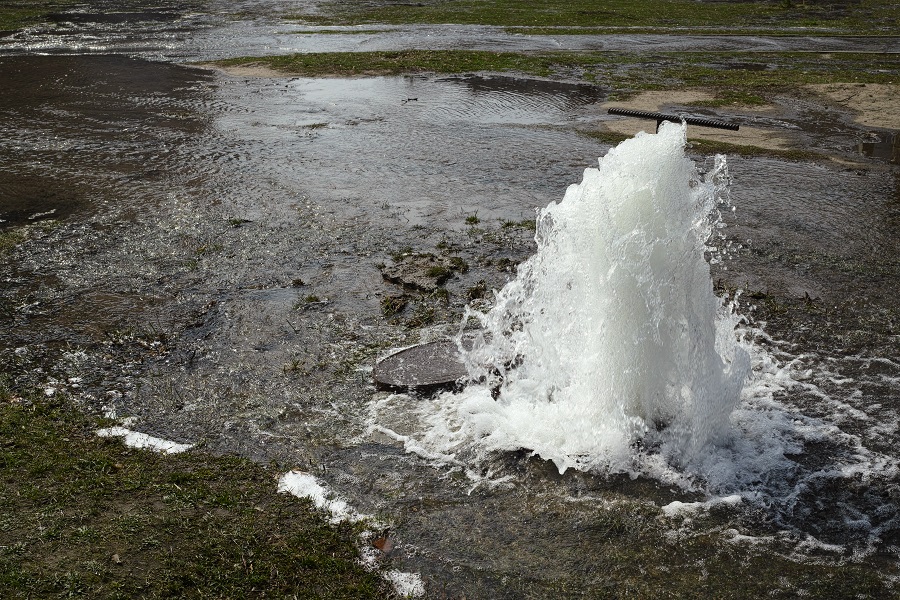 When you look at how most businesses are performing, it’s remarkable that the market continues to go up.

I’ve been looking at US corporate earnings numbers from one of the go-to data providers, Factset.

It studies the revenue companies make and breaks it down to how much is earned on a per share basis.

Comparing it to the same period the previous year tells you how companies are doing in the current climate.

Bad… and about to get a lot worse

I’m talking about both the latest data… and forecasts for the next bunch, out soon.

I mean, it was clear that first quarter earnings for S&P500 companies would be down on last year.

Much of the American economy shut down as Covid-19 spread – just as it did here in the UK. And around the world.

If you shut your business down, you don’t make money.

So, it comes as no surprise to see that corporate profits are way off.

For the first quarter, earnings for S&P500 companies were down 13% compared to last year according to Factset.

But it’s nothing compared to forecasts for the second quarter – even though economies are slowly reopening and companies getting back to business.

Factset estimates earnings will decline by 43.5% for the April to June period.

If that turns out to be accurate, it will be the largest decline since the depths of the Great Recession in the fourth quarter of 2008 when earnings fell 69%.

And things are so bad that many American companies are not offering any “forward guidance” on what earnings will be.

That’s when companies offer their best estimate on the next quarter’s or next year’s earnings.

Analysts and investors like to hear these guidance figures because it allows them to gauge a company’s confidence in how it’s doing.

Well, Factset reports that so far only 48 of the 500 companies in the S&P 500 have issued guidance for the second quarter.

That’s less than half of the five-year average number.

Which paints a bleak picture about how company bosses are feeling about things.

Not that investors seem to care about any of that!

The market continues to chug higher, albeit with the odd violent step back along the way every now and then.

It used to be the case that if a company were to suspend or withdraw guidance, it would get a slap by the market.

Investors would see it as a sign that either there was bad news in the pipeline or that the company’s management didn’t have a grasp on business conditions.

That would cause investors to bail out and the share price would suffer.

But it seems things have changed in the post-Covid world.

According to TDAmeritrade, “many companies withdrawing guidance have actually been rewarded by way of a higher stock price.”

It doesn’t make much sense:

And the outlook is even worse as the world ‘contracts’, according to hedge fund legend, Ray Dalio, at Bridgewater Associates.

“Bridgewater, the largest hedge fund in the world, said it thought the years-long trend of strong corporate earnings could see a multiyear reversal exacerbated by the COVID-19 pandemic.

“Globalization, perhaps the largest driver of developed world profitability over the past few decades, has already peaked,” the firm said, according to Bloomberg. “Now the U.S.-China conflict and global pandemic are further accelerating moves by multinationals to reshore and duplicate supply chains, with a focus on reliability as opposed to just cost optimization.”

“Plenty of explanations have been offered to help explain the market’s blasé approach to a bleak reality facing corporate America. Some say the bad economic news was already priced in during the March collapse. Others argue that markets are simply “discounting” — that is basically betting — that the U.S. will enjoy a V-shaped, or robust, economic recovery. Another argument is that investors, who tend to be forward-looking, are simply setting their sights on a future where the pandemic is a distant memory.”

I guess that makes sense.

Markets were smashed from late February to the middle of March as the extent of the Covid-related bad news became clear.

And we got the mother of all “buy-the-dip” rebounds.

People are basically betting that earnings will recover fast.

But I’m not so sure the sell-off we saw in February/March and the subsequent recovery is the end of it.

When we see evidence of another devastating nosedive in earnings in the second quarter, we’re likely to see investors panic again.

Of course, even though support for the market in terms of earnings is likely to disappear, there’s something else keeping markets up:

Jay Powell at the Federal Reserve and his counterparts around the world – the ECB, Bank of England, etc.

“Since March 23 — the day the stock market rally began — the Fed has done its best to ensure that the returns on bonds are quite low by signaling its willingness to buy unlimited quantities of Treasury and government-backed mortgage bonds. It has also ventured into buying corporate bonds, which helped push yields on such bonds lower too. The goal, in part, is to push investors away from the safety of the bond markets and into riskier assets, like stocks.

“In a recent note, analysts at JPMorgan argued that these programs by the Fed “likely has a bigger positive impact on equity valuation, compared with the negative impact of the temporary earnings loss.”

“Translation: The Fed’s efforts to keep interest rates and bond yields low has more than offset the collapse in profits for S&P 500 companies, helping to keep the market aloft even though corporate profitability and the economy look like they will be gloomy for a while.”

That support from the Fed is enough to keep investors feeling chipper:

“Central banks will protect us! Buy the goddam dip!”

The question is: how long before investors start thinking that Fed (monetary) and government (fiscal) policy isn’t enough to fix the damage done (and yet to be done) to the global economy by Covid-19?

Fed intervention and government support (such as the $1,200 stimulus cheques sent to US individuals) might be keeping markets going for now…

But the realisation that there are still fundamental problems with the economy could end that.

When people realise earnings are not picking up…  and companies start defaulting on their debt… and bankruptcies become more and more widespread, suddenly stock market investing won’t look so attractive.

It’s at that point when the steps some investors have taken now – or over the past couple of years – to diversify into other assets like gold, silver and cryptocurrencies could start to look very smart indeed.

The worst could be yet to come

Earlier in the week I was listening to a podcast that brought up the subject of the Great Depression of the 1930s.

It talked about how it was “a very slow burn” back then.

There was the initial sell-off on Black Thursday (24th October, 1929) which started the famous 1929 Wall Street Crash.

But it’s what unfolded over the next few years that was the real problem.

It took several years for investors to fully understand that the economic data was terrible… and kept on being terrible for a long time.

The initial 12% slump on Black Thursday was bad enough.

But by the time the bear market hit the bottom on 8th July, 1932, the Dow Jones had lost almost 90% of its pre-crash high.

Businesses were wiped out. Fortunes were lost.

Yes, in 2020 the Fed is throwing everything at the economy and says it’s prepared to do “whatever it takes”.

But if we carry on getting bad data – in the form of unemployment numbers, corporate earnings, Covid infection numbers (which are on the rise in some countries) – it’s going to be bad for stock markets.

If people lose their jobs, they won’t have money to spend.

So those people won’t spend either. They’ll save more in case things get bad.

That has a knock-on effect, according to this article from the Mises Institute that we included in the Monkey Darts Digital Digest earlier this week.

To quote from the article:

“If people have become less confident about the future, it is held that they will cut back on their outlays and hoard more money. Therefore, once an individual spends less, this worsens the situation of some other individual, who in turn also cuts his spending.

“A vicious cycle is set in motion. The decline in people’s confidence causes them to spend less and to hoard more money. This lowers economic activity further, thereby causing people to hoard more, etc.”

That’s where governments and central banks come in…

They expand the money supply and give handouts to encourage spending.

“By putting more cash in people’s hands, consumer confidence will increase, people will then spend more, and the circular flow of money will reassert itself.”

But although it’s argued that this intervention is a panacea for economic hardship, the folk at the Mises Institute say it’s quite the opposite.

For now, markets are moving higher.

But if the second wave of Covid-19 infections continues to worsen and economic data deteriorates, sooner or later investors will twig that the Fed’s “whatever it takes” policies won’t work…

And stocks will come crashing down – at least to test the previous lows from March… and potentially far lower in the coming years.